In 2013, Poland’s Ministry of Justice invited a number of NGOs and civic groups to collaboratively develop a document called the Strategy for the Modernization of the System of Justice in Poland 2014-2012 (available here). Representatives of our Foundation met Minister of Justice Marek Biernacki on July 17, 2013 and submitted a number of recommendations. Several of them were included in the final version of the document, which was accepted in February 2014. Our most important suggestion was a pilot implementation of the community court model, and more generally, greater emphasis on community and restorative justice. We were able to provide a brief description of the US community court model, based on the example of Midtown Community Court in New York City, which were included in the document (see p. 17). 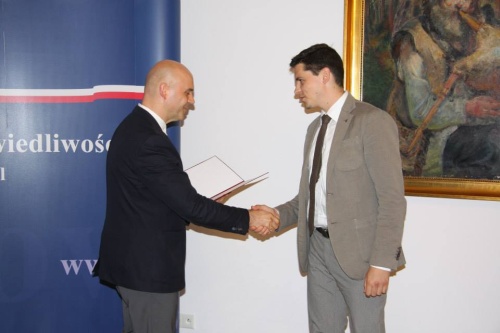